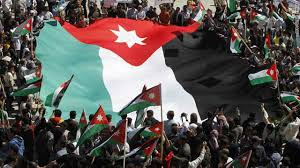 Comments Off on Challenges, risks and opportunities in 2021

There is no doubt that Jordan faces challenges at the international, regional and domestic levels. There is a significant shift underway in the conduct of international politics, where international relations are increasingly based entirely on economic interest.

For Jordan, it is more needed than ever to adopt a pragmatic approach in dealing with these challenges. Building alliances is neither easy nor fast in this multi-dimensional, multilateral and changing political scene. However, it is not too difficult for Jordan to take the necessary steps to play a key role in shaping the future regional politics. The first steps for change must begin with Jordan.

There is already growing risks for Jordan as a result of the economic hardship and the apparent lack of policies or strategies from the government.

This module of economic frustration does not necessarily involve confrontation with security services, but rather it widens the gap between citizens and governments. This comes in a moment where many criminal and terrorist groups are trying to use social pressure to provoke instability and hardship into protests and riots based on dissatisfaction with public policy and the political system. Not only are they causing trouble, but they are also using the chaos and the disenfranchisement to recruit and grow. Therefore, it should be part of the national security thinking to prevent people, especially in border cities, to become easy targets to these groups as they assist in making the borders more porous, while growing the size of the groups.

This creates dual challenges for Jordan, with social frustration due to economic hardship combined with increased risk of terrorist and criminal activity. This needs careful consideration of the issues, the wider context of both regional instability and internal economic hardship and how to forge a path to create better chances for the future. Jordanians facing economic hardship need to see a new approach to external and internal challenges in order to continue to endure the hardship based on the hope of reprieve. Otherwise, their desperation will increase.

Jordan needs to engineer an integral regional role in the developing peace negotiations, helping in thinking of solutions for both Jordan’s neighbours Syria and Iraq. This needs to be done in the light of the expected change in the White house. Therefore, Jordan must also review its foreign policy strategies, as the last few years have not been successful in promoting Jordan’s interests.

The shared border with Syria could be an advantage rather than a disadvantage, and while national security should always be the highest priority, there must also be a longer-term view which takes into consideration the fact that Syria needs rebuilding and given our geography, this is an opportunity for Jordan to play a key role or as an international hub for those efforts. Similar opportunities exist with Iraq, so restoring those relations should be a high priority as well.

Jordan’s relationship with Saudi Arabia must also be developed based on a strategic approach with closer military and security ties so that the Jordanian Army and the General Intelligence Department can build their relationship based on mutual strategic interest as a closer security and military ties will strengthen the political and financial ties to become a strategic regional ally.

Reviewing and revising policies at all levels is a healthy sign for the Kingdom and it should be done in context with a national security plan that considers the social and economic challenges as well as the security risks that Jordan faces today.