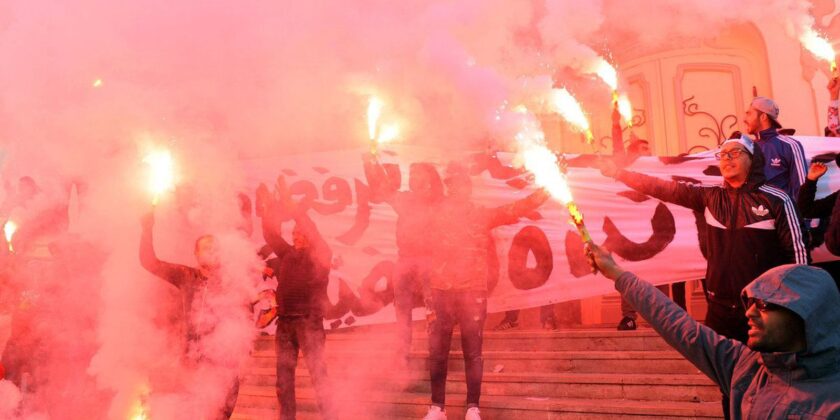 Comments Off on Lessons from a decade after the Arab Spring

This year marks the 10th anniversary of the events that sparked the Arab Spring. Since that moment, a new regional political order has developed across the Arab region and has resulted in a progressive change in priorities in the Middle East. The shift from imposed democracy to citizen-led revolutions for democracy and liberty have resulted in the singular priority of combating terrorism. Similarly, the ideological imposition of democracy and freedom has developed into economic pragmatism. Meanwhile, internal stability has become the major priority of policymakers as social disorder could create fertile ground for serious security risks including organised crime and terrorist groups, and by default create the potential for the toppling of regimes. While economic hardship is a serious issue, decision makers also need to keep in mind the delicate regional situation and the potential implications for their countries.

A review of the last decade suggests that many countries are suffering more, politically, socially and economically. But it is important to note that gaps between political elite and everyday people is expanding, as the lack of trust and credibility appears to dominate the political scene when it comes to governments and citizens. This year, COVID-19 has also increased the level of distrust for governments and created a sense of government as the source of their misery, economic frustration and, above all, as the oppressor of their liberties. As such, it is critical to ensure that government policies do not disenfranchise people and foster anti-state sentiment. At the same time, cross-border criminal and terrorist groups are adding more challenges to the complicated situation by working on manipulating marginalised groups and the fringes of society. So, policies that create tension and alienation will create a larger pool of people for these groups to recruit from and further destabilise internal security.

Jordan managed to deal with the wave of the Arab Spring, but at the same time it is still clearly facing serious challenges on three levels. Internationally, the power of Jordan is in its politics and its capacity to position for a role among its powerful allies on a regional political level, and particularly with the peace process and the potential for some options to be imposed on Jordan. Meanwhile, the critical situation for Jordan must be to focus on borders, refugees and security. Internally, Jordan has faced two major uprisings, in 1989 and 1996, which were years ahead of the Arab Spring, and demonstrates that Jordan’s situation must be viewed from a position that considers the delicacy of the situation and the elements that might spark an uprising.

In order to manage these risks, Jordan needs a better plan for the creation of wealth amongst its population. This cannot happen without a balanced plan to develop new and existing industries across the country, and facilitate a more distributed population in order to leverage the potential and offer people more space to live in. On a regional level, Jordan’s geographic position has been used to its advantage through political positioning for many years, and now the focus must be shifted to use that location for economic advantage by engaging with its neighbors and using shared borders for shared economic interest. This requires a serious revision of Jordanian foreign policy as it faces growing obstacles in the region.

Jordan must review its political strategies. Effective and sustainable growth and change cannot be fuelled with local resources alone. The power Jordan wields, as always, is in its geography, but the world has changed and Jordan must find a role to press its advantage based on the world today and where it is heading. Large-scale projects in transportation, agriculture and other local industries are the pillars for any successful improvement. Jordanians are resilient and can weather economic hardship, but there must be a clear path to success and change for them to continue. Without that, the psychological impacts of helplessness will put Jordan’s internal security and stability at risk.

On the international level, Jordan’s strength is in its strong alliances with the US, EU and NATO, and capacity and position to bring regional players together, whether that is for the resolution of differences, or rebuilding the future of Iraq and Syria. While Jordan’s relations with the Gulf countries, mainly the UAE, have always been excellent, it is critical to take a strategic approach to the development and continuation of the engagement based on mutual interests. This approach should form part of a wider Jordanian strategy to redevelop essential and effective relationships with key regional countries, such as Saudi Arabia, Iraq and even Syria.