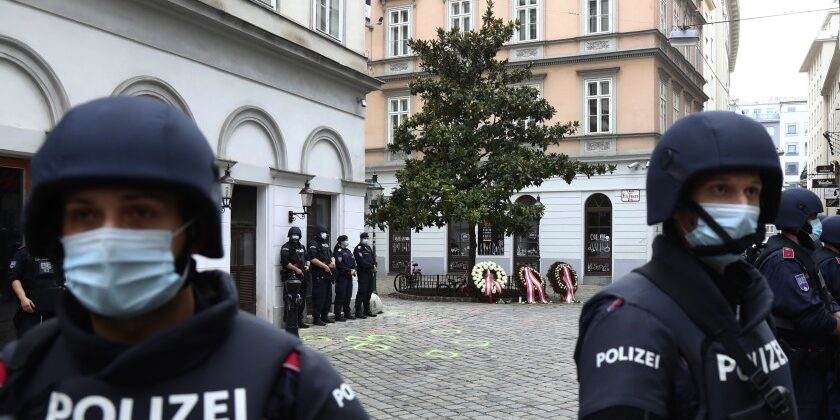 Comments Off on After Vienna’s operation, do we expect a new wave of terrorism?

The terrorist attacks that targeted France a few weeks ago have expanded to the Austrian capital of Vienna. While the operation was a copy of similar attacks in Paris in 2015, there is a new style here suggesting the planning of the operation was more sophisticated than a single individual or small group making their own decisions.

In recent years, the concept of “lone wolf attacks” have referred to unsophisticated operations using simple techniques such as knife attacks, using cars and vehicles as weapons, gun shootings and in some cases homemade bombs. These lone wolf attacks have become more brutal and violent, like the recent attacks in France, which included a beheading. For many reasons, this attack in Vienna demonstrated a more advanced and sophisticated approach.

To start with, the history and symbolism of Vienna is important in the context of intercultural conflict. It is one of the major centres of cultural development in Europe, and is the city of music and culture. In open confrontation between cultures, Vienna is a symbolic gate from the east to the west, and it was the Battle of Vienna where the Ottomans suffered heavy losses and significantly weakened their forces. It is entirely possible that a sophisticated terrorist group that believes it is in a war against western society would target a city with this kind of symbolism.

The style of the operation was more of a commando approach, suggesting we are seeing a new wave of terrorism that is better coordinated, equipped and trained. We saw a coordinated and simultaneous attack designed to create panic amongst the security services and then the suicide shooter killing civilians. The terrorist wanted to die and the plan was to cause as much damage as possible, indicating the potential of becoming a suicide bomber once his ammunition was spent.

The timing was also sophisticated, on the final evening before lockdowns kicked in, where people were gathering in public places to farewell each other. A random shooting attack in this situation is likely to lead to casualties and maximise panic, fear and terror. Further, it creates confusion amongst the security establishment who are distracted setting up new frameworks and plans for lockdown restrictions.

While there has been some focus on the origin of the terrorist with speculation of everything from north African to central Asian, it turns out his background was Balkan, proving that terrorism is not tied to a specific geographic area. Further it changes the standard models and approach of the security services tracking threats based on ethnicity.

It is increasingly difficult to track and watch all potential threats in our society; a more effective methodology is necessary to manage the risks. It is worth adding that this particular Balkan was already known to authorities, as he had previously been convicted of trying to join Daesh, the very organisation whose name he carried out these attacks.

So, it is difficult to label this operation as a lone wolf attack, it is far too well planned, resourced and sophisticated to be an individual, and far more likely to be the work of an organization.

Security threats are increasing during COVID-19 and open political disputes could be increasing risk, alongside the increasing poverty, economic frustration and political and social unrest. All of this combined is creating fertile ground for terrorist groups to recruit and operate to further their objectives.