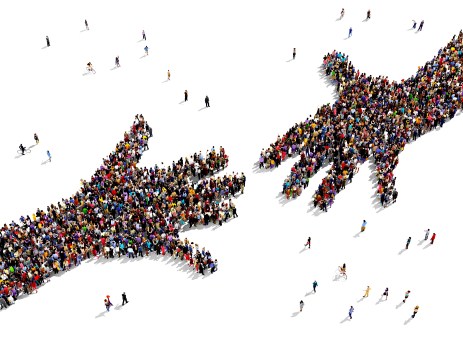 Comments Off on A new approach to tolerance from all sides

Controversy around publishing images of the Prophet was a particular part of my studies for many years. Approaching this issue as an outsider was very interesting, and trying to understand the dynamics of how the issue could lead to open conflict. In a published paper, “Between Sanctity and Liberty”, I tried to analyse the issues from a different point of view, highlighting most of the recent incidents related to the conflict from the assassination of the American Ambassador in Libya John Stevens, to the Danish cartoons, and, of course, Charlie Hebdo.

The background is well-known and the underlying issues were never really addressed, but the interesting tension is between a mind who believes in the holiness of an image that is taboo and a mind who believes it has been emancipated and reached a so-called liberty of thought. It is difficult to find common ground for understanding with the varying dynamics of thought on this issue, unless one or both sides are willing to compromise. In conflict management, this requires going back to the latent conflict to understand how the conflict developed before it came to the surface.

This approach could be relevant to the current wave of disputes that some Muslim countries are having with France, although it must also be viewed through a political lens, especially when it comes to the open conflict between Turkish President Erdogan and French President Macron, as well as the French role in Libya and the European role in the Mediterranean Sea. While there has been some violence, the conflict has not manifested on the ground, but it does open the door for discussions, particularly about the model of Islam in Europe.

In addition to that, the European model of immigration is not based on merit, as for many years Europe has to deal with desperate immigrants who reach the continent looking for better conditions, benefitting from the European model of human and civil rights, rule of law and equality. And yet because the majority of these immigrants were not well educated and from lower socio-economic groups, they have not been as effective in representing their cultural identities or religion in a manner which promotes understanding and integration.

I am truly saddened to highlight this issue, but I have personal experience of cases where the European bureaucracy creates obstacles for highly qualified people who want to visit the continent. Meanwhile, many exploit the rules and laws created for noble reasons like human rights, and end up over time as enemies from within or antagonist at home.

Understanding the problem is the first step towards finding a solution. Defending liberty of expression and speech is critical, while Muslim communities who enjoy these rights know perfectly that this is essential regardless of religion or cultural origin, and should also play a role in protecting harmony and hegemony in these societies. Governments of other countries that partner with the EU should also play a role in bridging the gap, and raise awareness and understanding of how to represent the model of tolerance, acceptance and respect.