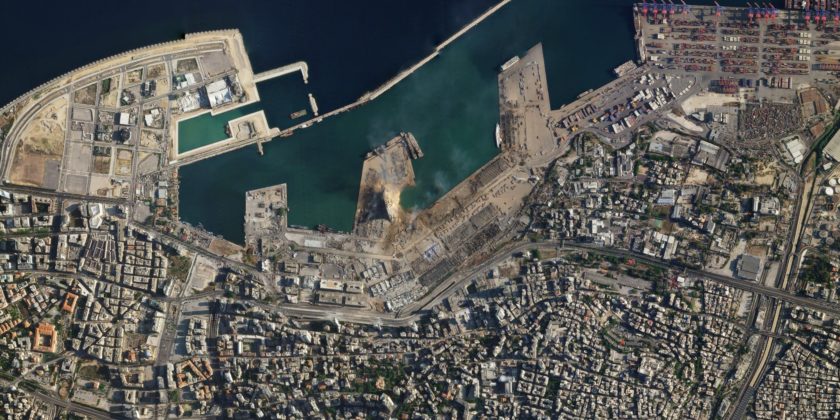 Comments Off on Beirut explosion: the next phase of foreign intervention

The incident at the Port of Beirut this week cannot be considered as just another disaster, like many others that occur daily in the Middle East. Not only because of the loss of life, damage and economic impact, but also for the other consequences that the incident will lead to.

The accident occurred at a very particular and delicate point in the history of Lebanon. The country is in the grips of an economic crisis, as a consequence of a policy of isolation and sanctions imposed by international actors, primarily the United States, targeted at draining the financial resources of Hezbollah. Prior to the explosions at the Port this week, the most important problem facing the Lebanese government was the economic crisis and its potential for social and political instability. The situation on the ground in Lebanon over the last has been dominated by growing discontent amongst the population as a result of an ongoing lack of essential services and development opportunities, along with an increasing assumption of corruption amongst the political class.

More recently the banking and financial system has been impacted as well, further increasing the economic crisis. The limited sources of US dollars led to the collapse of the national currency and triggered inflation and shortages of essential resources. These difficult conditions prepared the ground for social protests organized by groups opposed to Hezbollah, who they accuse of acting as a shadow government and at whose feet, many people lay the blame for the worsening economic, political and social situation. It is most likely there will be an increase in rhetoric around the role of Hezbollah in the Syrian crisis, and Iranian influence in Lebanon as the underlying reasons for the state of the country, and the increasing isolation of Lebanon, not only from the international community more broadly, where even Germany has listed Hezbollah as a terrorist organization, but also from the Gulf countries which previously supported the Lebanese economy.

The explosions will have direct short and medium-term implications. The economic and social crisis is likely to worsen in the short term, as the Port of Beirut was critical infrastructure for trade and for sourcing food, medicines, fuel and other basic necessities. In the medium term, that will mean an increase in the reliance on the Port of Tripoli, which is under the influence of Hezbollah’s political rivals.

In many ways it is similar to the assassination of the former Premier Hariri in 2005 which brought Lebanon back into the political radar, internationalizing the Lebanese issue with loans, aid and reconstruction assistance. But this time it is unlikely on the same scale given the current political equation, the influence of regional powers and the potential to undermine Lebanese sovereignty. While humanitarian aid will arrive in the country, it will almost certainly lead the way for further economic aid that will inevitably have strings tied to it in order to influence political change.

As a result, Hezbollah will be increasingly weak and isolated, which means that social discontent is destined to grow. The local crisis will worsen in parallel with a peak in the issues around Syria-Iraq-Iran, which leaves very little margin for political manoeuvring by Hezbollah and its allies. Regardless of the facts, the presence of dangerous and potentially harmful substances at the Port of Beirut will be considered, at an international level, a sign of illegal military activities and further reducing Hezbollah’s credibility.

For these reasons, the Beirut accident cannot be considered as a random and trivial accident but instead a potential trigger for change in Lebanon. The consequences of this change are likely to result in a weakening of Hezbollah’s power, and a green light for international intervention in the country.

The impact on the region are not necessarily positive as the crisis in Lebanon can easily jump from national to regional to international. Lebanon, which for ten years has been living in a binary system with the coexistence of a pro-Iran and a pro-Saudi Arabian bloc, risks entering into the great political and social crisis that affects many strategic Middle Eastern countries, and potentially adding new bases of influence, such as Turkey, to the scene.