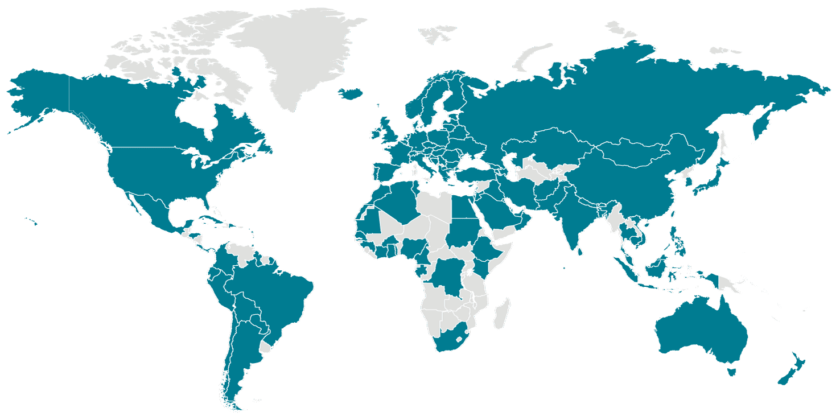 Comments Off on More challenges for global security
The whole world is facing a crisis with the spread of the novel coronavirus (COVID-19) and the critical situation that it is creating globally. For the first time since the end of WWII, Europe is facing a serious internal threat in an unexpected form that is creating social, economic, political and security challenges. The economic impact is unlikely to be short-term, as the damage to economy will require a long-term strategy to recover. Clearly, the impact on the European economy is going to be serious when countries like Italy, which is already in massive amounts of debt, has pledged to further increase spending in a “massive shock therapy” to offset the economic impact of the coronavirus outbreak.
The impact of this crisis is as yet incalculable, but it is very likely to distract most countries from conflicts they are involved in or influencing on the other side of the world, which are continuing despite the health crisis gripping the world.
In fact, while many countries are distracted with the crisis of COVID-19, terrorism and criminality is growing exponentially. Terrorist groups, such as Al Qaeda and Daesh, are using this time to rebuild capacity and find new locations, particularly in Africa. At the same time, local and international criminal groups are rebuilding their networks, routes and markets for the illegal trade of drugs and weapons.
So, as COVID-19 distracts international efforts to counter terrorism and criminality, soon the world might be obliged to deal with new destabilised areas, growing terrorist presence in new areas, and therefore new threats to global security. Meanwhile, conflicts across the region continue in Syria, Yemen, Libya, Afghanistan and other unstable areas which may expand across borders to neighbouring countries, while the world is not watching.
The falling oil price is also negatively impacting the region, particularly in Libya where the violence has increased since the Turkish got involved militarily. COVID-19 means that France and Italy are distracted and pulling back, so Libya is hurting economically on several fronts, creating an opportunity for Turkey to further increase its military involvement, and tip the balance in the conflict. However, concrete serious efforts to contain this Turkish military presence are being taken recently by other players in the region.
This vacuum of European influence, France and Italy in particular, would require an immediate intervention from a super power, in this case the only country that might play such role is the US, which can exert strong influence on all sides of the conflict and restart a concrete and serious reconciliation process.
Dr. Amer Al Sabaileh