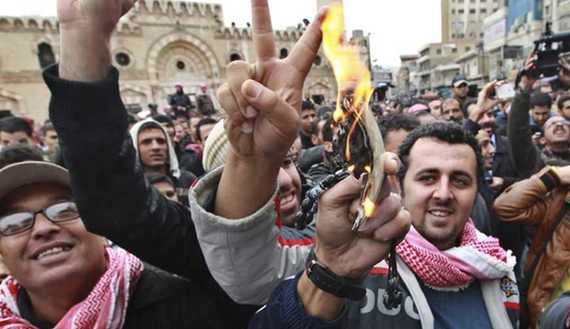 Comments Off on What Jordanians expect from any new election
This summer Jordan will have parliamentary elections. While an election will automatically trigger the current parliament to be dissolved, the government should resign now and let a strong new government go into the elections. Regardless of whether this new government will just go to the election or be in for a longer term, Jordan needs a new style of politics and the change needs to be now.
Jordan’s economic and domestic issues have suffered from the lack of a strong parliament and an inactive government. What we need is a strong government with long term plans based on a strategic vision that is capable of effective implementation to build strength and sustainability across Jordan. Critical to this is the need to restore trust and credibility amongst the population.
The next few years will not be easy for Jordan, even if it was in a strong economic position with internal stability. Regionally, the challenges are ongoing with no clear sign of resolution. Jordan’s internal challenges are increasing with growing economic hardship, failed development across the country and growing negative sentiment towards the state and its ability to create a stable and safe environment for people to live and prosper.
It is imperative to have a comprehensive long-term strategy that addresses all aspects of Jordanian life from microeconomic reforms to building critical thinking capabilities amongst the population. This comprehensive change must be driven by specific public policies at the national and local levels and should be done by thinking globally and acting locally.
Shifts in perceptions of the government and officials amongst the people should always be of concern for decision makers so they can anticipate triggers and potential uprisings by addressing the issues transparently and ensuring inclusive policies that bring people along the journey. Even if more hardship is necessary, people need to believe that there is a bright future ahead and that the country is in capable hands.
It is critical that Jordan minimises the social unrest, particularly in such difficult economic conditions. It is important to adopt flexible and progressive polices, that work on creating outcomes of mutual interests between Jordan and its neighbours, and being transparent about the objectives, the process and the outcomes. Jordan needs wholesale revisions to the way domestic politics are run, the process of developing policies that grow the economy and create opportunities as well as policies that reinforce a national Jordanian identity. All of this is necessary to inspire and maintain hope and aspiration amongst Jordanians.
A new political dawn is important not just to create the impression of change, but to restore hope and give people a chance to engage positively with their society. One of the only ways to achieve this is to rebalance the concentration of power to the regions and re-establish a national identity that is inclusive of all Jordanians. Socio-economic development is obviously a foundational necessity to guarantee sustainability of the changes and this must be done through local industry development and more involvement for youth in microeconomic projects in their geographic areas.
Jordan needs clear realistic steps, new tactics and new faces to successfully transition. It is very important to work on improving the image and quality of the Jordanian parliament. This can be achieved by allowing young political activists and actors to participate in the election. There are many other steps that need to be taken to ensure successful elections from political inclusion to concrete steps to reduce corruption. As a show of good faith and to demonstrate the commitment to political freedom, consideration should be given to releasing activists and committing to ending repressive practices.