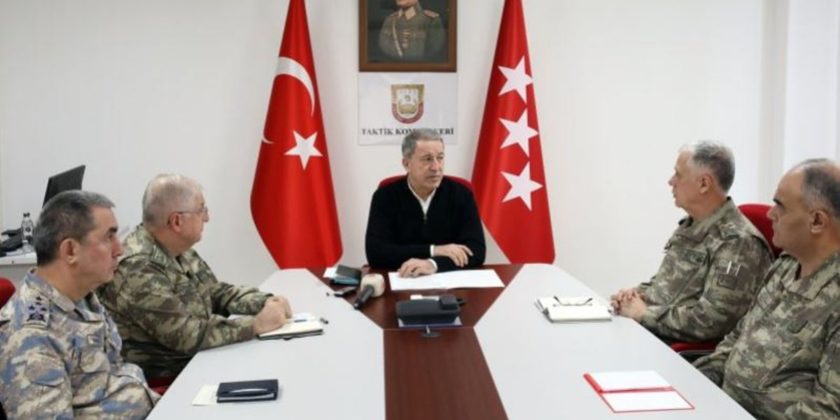 Comments Off on The impact of Idlib on the internal Turkish scene
In recent years, Turkish President Recep Tayyip Erdogan has faced many challenges, but the most important has been internal changes triggered by the victory of Ekrem Imamoglu as Mayor of Istanbul. He is also facing increasing fragmentation amongst his political allies, some of whom are walking away from his Justice and Development Party (AKP) as well as away from him. As former presidents, prime ministers and deputy prime ministers move away from Erdogan, they are completely separate from the growing ideological opposition to the AKP, but together demonstrate the scale of the challenges that Erdogan faces internally.
In response to this political fragmentation, Erdogan is promoting a nationalistic narrative based on securing Turkish borders. He is driving the escalation with Greece over the Mediterranean, but as the cost of escalation with a NATO and EU member is high, the cheaper alternative was the threat of the Kurdish and the broader issues around Syria. Erdogan implemented anti-Kurdish measures following a strong intelligence and military campaign that targeted Kurdish groups inside Turkey.
While it appeared to be an effective distraction from the political loss at home, in order to regather support, it also led Turkey deep into a very complicated situation in Syria and the Kurds where victory is elusive. Erdogan has also expanded these policies to Libya, where casualties are inevitable, and the victory propaganda at home is difficult to spin. Meanwhile, Turkey has worked to have S400 Russian missile defence system, going against the wishes of the US and NATO.
While Turkey promotes itself as a critical partner for other countries on terrorism and security, an increasing number of terrorist cells arrested across Central Asia and Europe include those who have fled Turkey. While this is obliging many countries to build good, trusted relations with Turkish intelligence, it also puts pressure on the domestic security systems and increases suspicion of Turkey amongst its neighbours.
Turkish foreign policy used to be based on the fundamental principle of having no issues with its neighbours. But today, Turkey finds itself with serious issues with Europe, NATO, Iraq, Iran, Syria and the Gulf countries. Turkey’s current approach does not appear capable of building stable relationships, but rather encourages caution and suspicion based on policies and the erratic comments of the president.
While Erdogan’s policies have not succeeded in fostering positive relations with partners or neighbours, the dynamics of internal politics are moving quickly. Failed interventions across the borders such as in Idlib or Tripoli have negative consequences domestically at it weakens Erdogan’s strong man image. Each blow further diminishes his power, and may soon lead to some changes as continued failure is unlikely to be defensible.
Dr. Amer Al Sabaileh