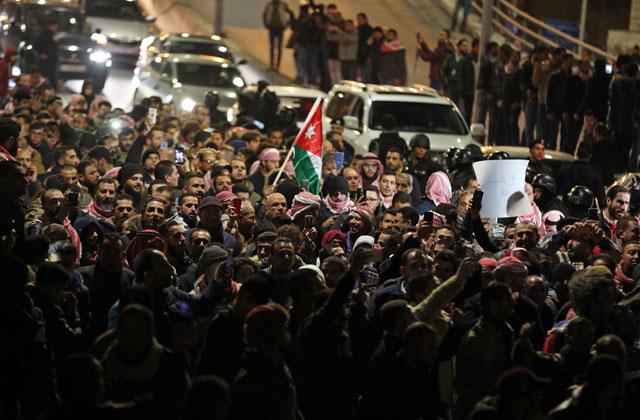 Comments Off on Jordan: The need for a new start
In less than three months, the current Parliament will complete its last legislative term, and this might pave the way for a government change. This comes at a time where the economic crisis is impacting harder and frustration spreads among the people. The government must act to counter the discontent spreading amongst the population. But rebuilding trust and credibility is not easy, as it requires deft political skills from people who can recognise and deal with the delicacy of the situation.
The gap between the people and the government is not new. In fact, trust has been eroding for a period of time, as the government has rejected transparency in public policy. Jordan’s key strategic asset in the region has been stability, a key pillar of which is a lack of anti-state sentiment amongst its people. Criticism in Jordan has traditionally been aimed at individuals rather than organisations, people rather than process. The current crisis must be managed in order to protect this strength rather than relying on it to ride out the difficult times. While it may have been true in the past, and continues to be true now, that does not make it true in the future.
Times of great political challenge are best navigated by ensuring one of the key objectives is promoting a pro-state atmosphere, through direct and demonstrable changes to the way the government performs and delivers. In Jordan, while some efforts have been made to improve communications, new methods of communication cannot solve the underlying issue with the message or the lack of action being taken. People remain sceptical of the intentions of those making decisions, and some have suggested it is creating an us versus them mentality between decision makers and influential people directly benefiting from the state and the rest of the people of Jordan.
This distinction is not necessarily accurate, and it is absolutely counter-productive to suggest that it is. The last thing Jordan needs is fragmentation within society that can be used by groups to legitimise working against their fellow people and sparking conflicts within society. In a country like Jordan, with so much ethnic diversity, we must do everything we can to avoid this situation, or even approaching it. Jordanians have traditionally had a positive perception of their institutions, including the military and security services, but this may be at risk now.
There is no buffer to repeat mistakes of the past. The next government must have the right people and policies that are based on the reality of the domestic, regional and international situation. The challenges are great, but the approach must be nuanced.
For example, security must always be a priority of the state, but this is not limited to addressing criminality and terrorism anymore, political stability must also be addressed through inclusive strategies, creating a national narrative that promotes pride in being Jordanian and supporting our country. The next government must be more inclusive, interact positively with the people at all levels and truly take responsibility for the future of our country.
Dr. Amer Al Sabaileh