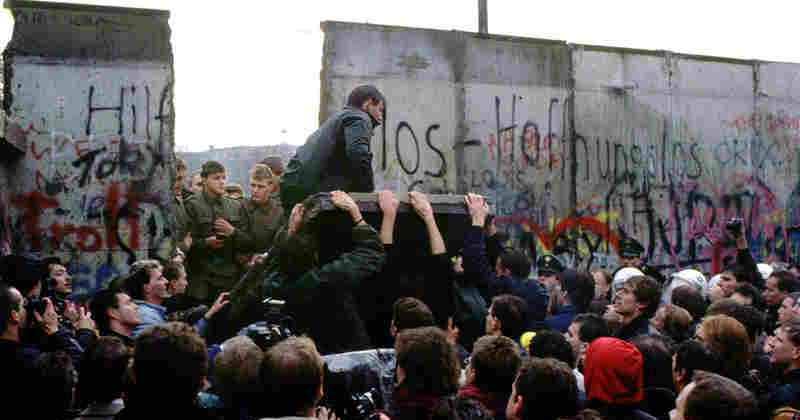 Comments Off on Shaping foreign policy in the era of post ideology
Last week marked 30 years since the fall of the Berlin Wall. This will be always a remarkable date in history, as it heralded the end of the Cold War and the confrontation of the two blocs. The Cold War was also the high-water mark of global politics being shaped according to ideological alliances, as ideology played a major role in shaping the nature of alliances and the role of the ally. Many countries have found themselves playing a role or being part of alliances according to these criteria over the last generation.
The fall of the Berlin Wall has definitely impacted global politics and how it is shaped, as the symbolic end of the Cold War marked the shift from a bipolar to a unipolar superpower world. In the years following, there was no apparent crisis of ideology; for example while the Warsaw Pact was dissolved in 1991, NATO is still intact. But there were some clear differences, nonetheless.
The ideological war between capitalism and communism was replaced by the era of paternalism with alliances in wars on groups. The Cold War was replaced by the war on terror, which was also ideological and kept old alliances together against a new enemy. More recently, even this model of alliance does not appear to be in play anymore. Global politics is changing and a new paradigm appears to be shaping alliances. No longer is it left versus right ideologies, but economic pragmatism is becoming more influential in shaping global politics.
The result we are seeing is the whole concept of shaping alliances and the roles of traditional allies is shifting radically. This shift can explain much of recent global policies and international politics, which is increasingly beginning to question the role of international groupings and bodies such as the UN and the EU. Further than that, there may even be a re-evaluation of the economic outcomes from WWII, such as the presence of US troops around the world, the role of NATO and whether the expense provides value. The questions alone demonstrate a shift in the motivations and perceptions around the global order and the role of international politics.
The change in the drivers of global politics actually began under US President Barack Obama and has had its impact on the Middle East, initially amongst traditional US allies who began to question America’s commitment to support them given Obama’s hands-off approach during the Arab Spring. With President Donald Trump, the change has evolved but is becoming clearer as alliances are being shaped according to direct benefits and economic interests.
This change is not limited to the US and its policies, but is becoming a broader global trend. As such, countries need to recognise that the strength of their traditional alliances is now based on the level of economic interest and the capacity to be of mutual benefit, or direct benefit to others. Countries with traditional alliances with superpowers that are critical to their economy and security need to revise their approach in order to position themselves to maximise their economic value in order to maintain ongoing support.
It is critical that countries recognise this transformation in global politics. While some might deny it and argue it is not happening based on the perceived exceptions to the rule, it is abundantly clear that the real and strong alliances in today’s world have an underlying economic interest based on continuous future benefits.
The illusion of support from a superpower should not deceive countries looking to maintain their traditional support and assume their roles in the Middle East, such as the Russian role or the emerging of Moscow as a protagonist in the Middle Eastern issues. The post-Cold War unipolar system is changing again and countries that traditionally had not much power can position themselves to be of influence based on the capacity to create value. Similarly, superpowers are no longer the only alliance to focus on, as smaller and smarter countries can provide greater value to each other under this new system and mutual benefit needs to be the focus of foreign policy as that is how the world works now.
Dr. Amer Al Sabaileh