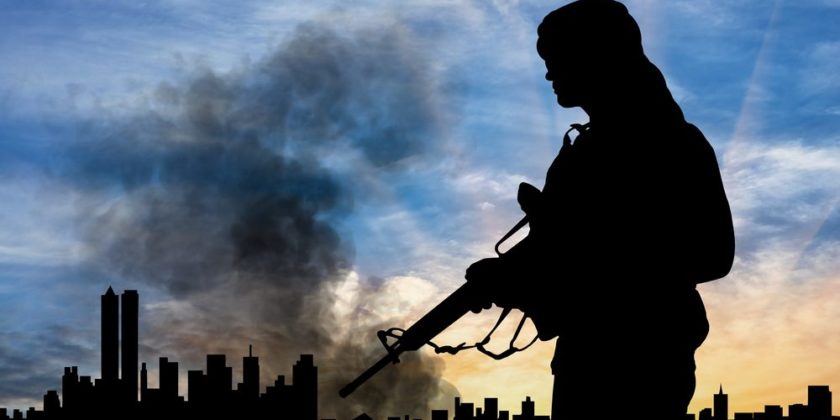 Comments Off on Political instability and risks of emerging terrorism
The death of the leader of a terrorist group does not mean the end of that group, and, in fact, can often be the beginning of a new phase of brutalism and new tactics as the senior people left start positioning to take control, if the group does not factionalise and break apart, potentially fighting against itself. As such, the declaration of the death of Abu Bakr Al Baghdadi is likely to signal a new wave of threats and challenges.
In the anticipation of a regrouped Daesh in its new form, the current trend of terrorism appears to remain in the category of lone wolf and non-sophisticated operations. The lone wolf concept is the same as unknown people are using the tactics of stabbing or shooting, but in more cases are taking weapons from armed security personnel and turning those weapons against them. In these cases, the security personnel are the initial targets of the operations, before the terrorists turn on the people in the area until they are stopped.
It is also critical to observe the developments in Syria and the surrounding countries. While the recapturing of Idlib appears to have abolished their stronghold in the city, both Lebanon and Iraq are currently facing social and political upheaval, which is fertile ground to reposition and rebuild terrorist networks and groups. Syria’s other neighbours, while more stable, are also at risk of this kind of resettlement of terrorists, including Turkey and Jordan.
The tendency towards lone wolf terrorism is a global trend, as they are simpler and more efficient compared to the cost and logistics of historical attacks. So, terrorist groups are propaganda arms encouraging the disenfranchised to undertake disconnected attacks that echo through the minds of communities and countries, further strengthening the messages of the group. If these attacks continue, especially during the feast period and targeting strategic places around security, infrastructure and tourism assets, then the terrorist groups can prove they have survived, or are making a return.
The social and political destabilisation across the region creates fertile ground for terrorism to grow. Security systems that were already on continuous alert for years because of the external threats, now have to face the risk of internal destabilisation as well. This will increase the pressure on the capacity of these currently effective services, and will really test the professionalism and discipline of these organisations to see if they can cope with these increased challenges.
The challenges of the new trends of terrorism require quality minds to understand the dynamics as well as more flexibility to comprehend the nature and psychology behind it. The efficacy of security is not necessarily in the quantity, but in the quality of the resources. New technology makes this point even more true, especially given the internal disenchantment.
Rather than a show of force with a military presence in the street or checkpoints on the roads with police cars and troops everywhere, highly professional and effective security personnel can now track the threats electronically, without negatively impacting the lives of most people. These smarter ways of thinking and operating is how Jordan needs to approach the future, and the risks that are faced in the coming months and years ahead.
Dr. Amer Al Sabaileh