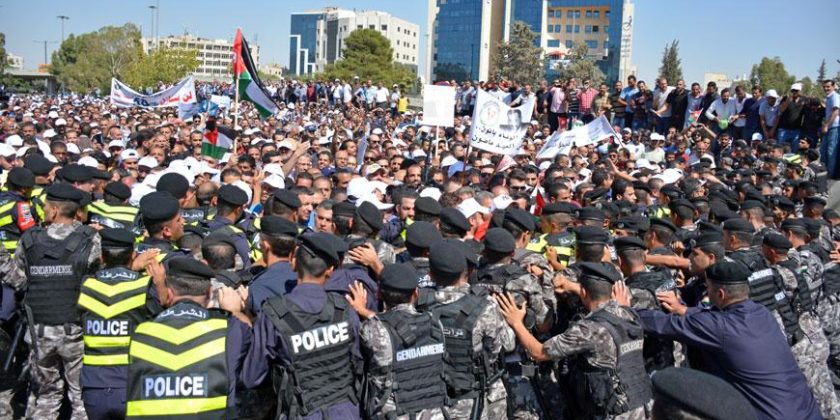 Comments Off on Tips to cope with changes
Most of Jordan’s teachers have been on strike for over three weeks now. Regardless of the underlying dispute, our children should never be kept out of school for almost a month for any reason. The government’s responsibility is to resolve the issue, not place itself in opposition to the teacher’s unions and risk the tension spreading to other sectors.
This is another symptom of the need for new ways of thinking, especially when it comes to crisis management. There is a fundamental need to listen to the people and creating a broader narrative that talks to the needs of the people and a uniting narrative for the state to reinforce national solidarity. In order for this to work, the people need to feel involved, engaged and responsible for their own future. Otherwise they begin to feel marginalized as they play no part in shaping the country or the people who represent them.
If people feel that their voices are not heard through official channels, they will use the streets. Harking back to 1990 when Saddam invaded Kuwait and the late King Hussein backed him. The economic embargo and sanctions were applied to Jordan, but people accepted the difficult conditions because the narrative of the State was inclusive and encouraged all Jordanians to work together for a shared outcome. People felt they were part of something so they accepted the difficult conditions in support of their government.
Such support requires a much more sophisticated communications approach to bridge the historical gap between the people and officials. New channels to engage people on their level, on the platforms they are using, so they feel included and heard. These platforms can be used to better communicate the good work already being done, and thereby increase perceptions of transparency and positive sentiment towards the government.
A good place to start is a road map that illustrates future plans for change that will be clear to all observers. It would contextualize the intentions of reforms so people understand the longer-term plan and the intentions behind each measure as it maps out the path forward so each policy or project makes sense. This approach will not only gather support for the approach, but also act as insurance against timing and other changes, because they can see the path we are on and the progress that is being made.
Jordan, like the rest of the world, is facing major changes. Part of these changes include the popular attitude as we see an increasing culture of strikes that will not certainly be limited to teachers. It is entirely understandable that people are questioning what they do not understand, especially when things are changing around them. The best way to bring the people along with the change is to communicate clearly to build trust through understanding and support through shared objectives.
Dr Amer AL Sabaileh