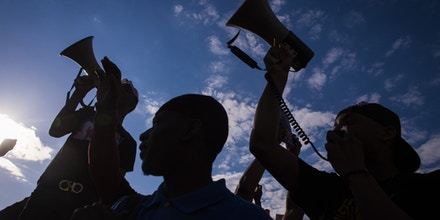 Comments Off on The need for an efficient risk prevention strategy

The post-war phase following the end of hostilities in Syria is a very delicate time for many countries. There is a real risk that terrorist groups are looking for new territory and safe harbour across north Africa, central Asia and even among Syria’s direct neighbours, that could be attractive for individual fighters as well as groups.

The development of new terrorist groups in the region of further afar will not necessarily show immediately as any attacks need planning, and before that they must reestablish themselves. There will be an inevitable shift in the internal balance of power, and there will also be a restructuring in capabilities and capacities as they grow.
Further, Syria and Iraq were fertile ground for these groups, partly because there were existing trade and supply routes for criminal networks that were being leveraged to-source otherwise difficult-to-procure materials, including a source of illegal trade to raise funds, and partly because of the instability.
The biggest threats to countries bordering Syria and Iraq are social unrest, tension and instability, which create a fertile ground for terrorist groups looking to establish themselves. So, counter-terrorism and security strategies in countries such as Jordan, Lebanon, Tunisia, Morocco and Algeria must include the management of social unrest.
Jordan has been dealing with the crisis in Syria and Iraq, and the subsequent issues spilling over its borders.
Meanwhile it is also facing a deteriorating economic situation leading to social unrest which in combination creates a very serious challenge for the government to ensure that it does not enable fertile ground for terrorists and new terrorist groups. As such, the approach to social protests including the problems in the city of Ramtha, should be dealt with under the umbrella of national security, but not necessarily in the traditional way.
By the time this kind of social unrest bubbles to the surface, it has been developing for a while. However, at this delicate time, it is very important to ensure that social unrest and the potential instability it brings is addressed. The approach needs to be according to a strategic vision that considers the broader context and security challenges, but at the same time the issues cannot be addressed through the application of power and repression. Aggressive responses to social unrest only further fan the flames of turmoil and dissatisfaction, which can foster greater instability and create a fertile ground for terrorist groups.
Any social unrest must be dealt with by addressing the root causes while also ensuring that the symptoms are being managed to avoid the anger evolving. This is especially important given the broader context in the region which raises the stakes and massively increases the risks for Jordan.
Decision-makers must develop an approach that anticipates escalation and the political, security and social stakes, as there are those who are trying to foster unrest to their own advantage.
Dr. Amer Al Sabaileh