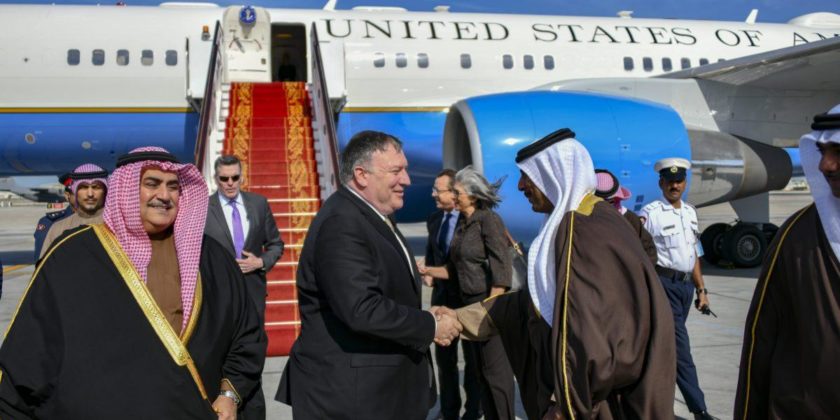 Comments Off on Political flexibility or rigidity in facing ME Peace Plan?
Most postwar US administrations have made attempt to impose a peace plan on the Middle East.  While most of these efforts have resulted in negligible concrete outcomes, the passing of time has completely shifted the standards for peace and agreement, including key issues such as refugees, borders, a Palestinian State, security arrangements and even what has become one of the most important determinants today, the economics of a future solution.
The Trump administration has compelled its fair proportion of the changes in priority, as it has redrawn the baseline for several of the previously most contentious issues. With the moving of the US Embassy to Jerusalem, recognizing Israeli sovereignty over the Golan Heights and supporting Israel’s annexation of parts of the West Bank, this administration has resolved some of the most difficult issues by fiat and has brought the economic solutions to the fore so that both sides can focus on the potential for a more affluent future rather than the differences and grievances of the past.
While a successful peace plan remains unlikely, the current economic situation across the region is worse than it has been in a long time. The potential to improve the day to day lives of the people involved, the potential for economic and industrial development so that people can live productive and comfortable lives is a huge motivator to look forward rather than back. The level of desperation is high, so while saving face becomes the lone driver for the failure of the plan, the rest of the region is also facing economic and industrial decline while becoming increasingly reliant on aid and loans.
This provides further incentives for neighboring countries like Jordan, for whom attempts to revive the peace plan represents opportunity and a way out of the current dead end. Jordan must scramble to be central to any peace process, and it has the ability to be connected to all parts, from the US to the Palestinian factions. Jordan must ensure that Amman is where the region’s solutions of the future are developed, in order to guarantee that it has influence over and participates in the implementation of any plan, even if it does not succeed. History shows that solutions to these problems are shaped by time rather than choice, so a strategic approach based on the international, regional and domestic (including Palestinian) outcomes is key.
Jordan cannot promote any position that is contrary to the interests of the US or its regional allies, but it must also remain deeply connected with the internal politics of Palestine, engaging across the factions. While in the past Jordan has officially only engaged with the Palestinian Authority to respect its legitimacy, the fracturing and crisis within the Palestinian leadership is a massive risk for Jordan and so it must engage widely and develop solutions that consider all of the key and influential players both now and as the situation develops.
Jordan should absolutely participate in the US-led economic workshop in Bahraini capital, Manama later this month, despite some parties saying they will not attend. Jordan should always be part of any activity that seeks to find solutions. This does not necessarily mean that Jordan should accept things that are contrary to its interests, but being present increases the likelihood of a better outcome.  Where there is an opportunity for Jordan to implement its vision of balanced solutions, it should be taken.
Manama could be the first of a series of meetings to find solutions, even if it is limited to economic and development. These issues are at the heart of regional politics so the discussions are likely to be highly political, and Jordan’s seat at the table is key to ensuring that solutions of the future are not against Jordan’s interests.
Dr. Amer Al Sabaileh