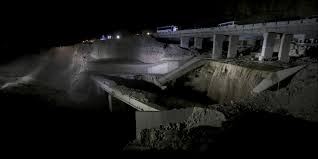 Comments Off on Bureaucratic system amidst attribution and retribution
After the recent incidents in Jordan known as “Deadsea Incidents”, it won’t be in anyone’s interest to keep criticizing and blaming or asking whom to blame for the ineffective crisis management during the storm.
It is the time to face things realistically, away from the culture of hiding the problem that dominates our society. Many recent incidents has shown clearly that we have a compound problem in Jordan; the crisis management, the role of bureaucratic system Municipalities, ministries and civil protection, and above all an effective modern channel of dialogue with people.
Many indicators revealed the weak status the public services suffer from. Without the need to blame anybody, the lack of services was clear during the many previous occasions and limited equipment were available for dealing with the crisis. However, some local and many global weather forecast had given a specific detailed forecasting for how things would go hour by hour, but all these reports were disregarded and denied. Regardless of the official way of dealing with the crisis, it is shocking to have, in a small country like Jordan, more than three official committees to investigate the case, which shows the level of fragmentation present in the official body.
What Jordanians need today is experiencing a serious white revolution in the bureaucratic system, more efficiency, more preparation, and this can never happen without a balanced system of retribution and punishment.
Today, the Jordanian state has a golden chance to apply a fast action strategy based on serious actions against those who don’t perform their duties properly. Giving the impression of a live state needs a revolution from within, not a white revolution on papers and slogans but rather a real change that all people see and feel on all levels, which includes the type of officials, mechanism of work and achievements.
An alarming threat from which the state is suffering nowadays is keeping in charge many officials who master the art of creating problems and proved to fail the art of speech even, which is an important and basic component of the whole political action. Thus, the comprehensive review of the state’s policies should put an end to the presence of such model of officials who mislead the system and live under the impression that things would always remain the same. Those are amajor parts of the problem, and getting rid of them is the first step towards a constructive change..
This political surgery is highly needed and we should always ask ourselves what if we had more than one critical incident at the same time.
The failure in managing the crisis should urge the Jordanian decision makers to revise their policies. The sense of responsibility is the key to open the doors of credibility and trust, and this sense of awareness can only be built by estimating efficiencies, which in turn leads to building effective political leaderships, and on the other hand, political arbitrariness results in destructing these efficiencies.
Dr. Amer Al Sabaileh