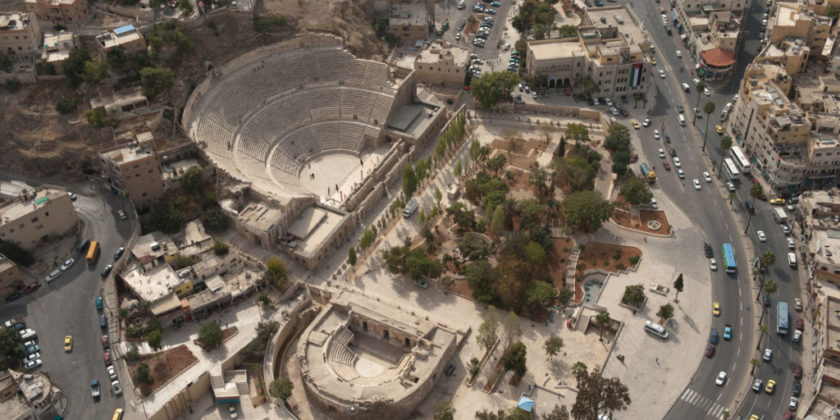 Comments Off on How Jordan should face changes in politics and Economy
Global politics are changing and the traditional dynamics in place since World War II are changing. Many countries have built their politics on the division of east and west, and their foreign policy and participation in alliances were effectively based on this ideological conflict. In recent years we have seen the War on Terror impact those traditional factors and alliances are increasingly based on economic and mutual benefit.
This has developed over the last few years such that economic interest has become the core pillar of global politics. The George W. Bush era of democratization has given way to the Trump era economic interest. We have seen ideological wars evolve into a focus on economic pragmatism. This fundamental change needs to be addressed by countries who must revise their domestic and international politics to shape new priorities.
Jordan, for example, was founded as an emirate following WWI and then after WWII was established as a kingdom. Since the 1950s Jordan has been aligned with the Western countries and has played a major regional role on behalf of the modern leader of the west, the United States.
The recent shifts in global political dynamics has impacted Jordan, which has been economically reliant on its traditional allies and has limited options for self-reliance. The political dynamics of self-interest and economic pragmatism places much less importance on supporting traditionally strategic assets like Jordan and the growing shift has created domestic challenges that critically need new approaches.
Jordan needs to recognize the new dynamics and that the traditional aid and donations are no longer forthcoming. The future for Jordan must be to develop and grow its own industries and economy in order to be a productive member of the international community and create opportunity for its own citizens.
The change in focus must be strategic, and one of the most obvious and important places to start is food security. Jordan can leverage new agricultural technologies and models in order to connect its small economy to the global economy. Jordan can also find new ways to leverage its strategic geography by being a central connection point for the region. This requires new a massive transport infrastructure, especially rail. Renewable energy is also a massive opportunity that Jordan can leverage as the south of Syria and eastern Iraq are already prime targets to supply energy.
This shift in approach and thinking could be the only way that Jordan can solve its current economic quagmire. Clearly this approach requires a strategic and political strategy and plan that also includes promoting the projects, and Jordan’s new role with key countries and potential new allies who can assist and also benefit. Jordan’s existing political relationships and international reputation are an advantage in attracting partners in this kind of transformation. But we must keep in mind that in order to attract partners in the new global dynamic, Jordan has to offer an opportunity for profit.
Germany, the US, UK, Germany, Italy, Japan and South Korea could be interested in partnering in the development and implementation of a master plan. But Jordan is also in a position to attract more than just its traditional allies to participate. China and Russia could very well be interested in strategic partnerships and projects, and can also bring capital and expertise to the table.
This will require a new approach to thinking of development at all levels, micro, medium and large-scale projects with domestic development based on a regional and global role. We can develop local industries and projects, but they must have global supply chains and markets. Jordan can be transformed into a key regional hub that also plays a major role in the rebuilding of Syria and Iraq, the opportunities in both of which have already attracted strategic interests.
Before any of this though, we need a clear political strategy. We need to agree on the vision of the future and then map out a path to achieving it that includes all Jordanians and the economic development benefits all Jordanians.
Dr. Amer Al Sabaileh