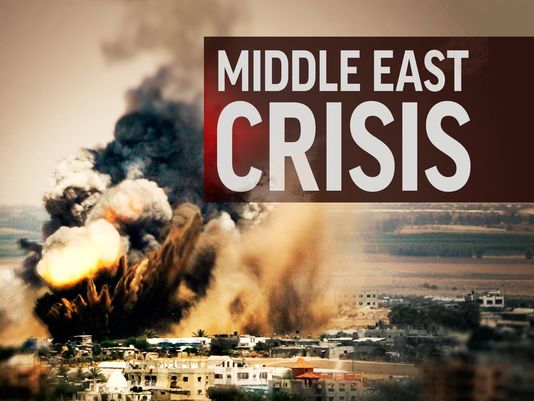 Comments Off on Old crises winding down, new ones appearing
Regional geopolitics in the Middle East has seen some interesting changes recently. The Syrian crisis that has been the center of regional news over the last six years is settling down, the Gulf Countries are losing interest in the war in Yemen and ISIS is very close to being eliminated altogether.
While these crises are winding down, interest and concern is growing around the potential independence of the Kurds and its implications on Turkey, Iran, Syria and Iraq. All of these countries vehemently oppose the proposition, to the point of potential clashes, including potential impacts on the internal politics in each of them, particularly Turkey and Iran. For Iran it would be the first time a serious internal crisis based on a perilous regional threat.
Also bubbling along is the regional tensions with Qatar, which is increasing in complexity and appears less likely to reach a resolution. While Egypt, Bahrain, UAE and KSA do not appear to be affected, Qatar is suffering. Despite this, Qatar is holding its position and refuses to make the changes demanded. The longer Qatar holds its position, the greater the intractability of the situation.
While the Gulf Countries are losing interest in Yemen, the war continues on. It appears unlikely to be resolved in any one direction, which logically would suggest the parties are looking for exit strategies. Even more so given the conflict began when Muhammad bin Salman was appointed to run the ministry of defense in Saudi Arabia as second Crown Prince and has since been appointed Crown Prince and ready to receive the throne, and so the war in Yemen holds less significance. In fact, the Prince of War is likely to be seeking to be the King of Peace. The Saudi internal reform strategy is also accelerating, so the Saudis would be keenly seeking a symbolic victory that could help them put an end to this draining war.
There are also some positive signs in Gaza as Hamas has turned its focus to national reconciliation. This change is due to many factors, but it is mainly due to the shift in supporting players. Whereas Turkey and Qatar have been the main players in Gaza along with the Muslim Brotherhood, all three have recently been targeted and weakened such that Egypt, Saudi Arabia and UAE are now working much more closely with Hamas in Gaza.
There are several unresolved conflicts in the region, with serious risk of more to come from the potential independence of Kurdistan to the unpredictable impact of eliminating ISIS. While security preparedness and effective deradicalization strategies can be used to mitigate some of the risks, ethnic and religious separatist movements can only be faced with strong secular states where rule of law, equality, justice and human rights are applied to all people regardless of their religion, origin, ethnicity or sect.
Dr. Amer Al Sabaileh