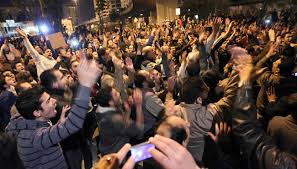 Comments Off on “Internal political efficacy” is a priority
The challenges facing Jordan have been increasing over the last few months. While much of the focus has been on the external threats, modern history teaches us that while Jordan’s stability is inextricably linked with the stability of the region, maintaining stability amongst the population and the internal community is just as important.
The lessons learned from the uprising in April 1989 should lead us to what has been done to address the underlying issues that pushed people to take the streets. The south of Jordan holds the majority of the country’s wealth and resources – from potassium, phosphate, tourism and the key port of Aqaba. However people in the south are marginalized suffer from a lack of services, poverty and unemployment.
There is a distinct lack of development strategies or any serious socio-economic plan to address these issues. We need more than the same old rhetoric, and while there are no easy solutions in the short term, we must make a start now.
Jordanians have never been anti-state, in fact we do respect the establishment and believe that the GID and Jordanian Armed Forces (JAF) protect and guarantee our stability. It is important to capitalize on this and be careful not to lose that support.
The recent shooting of a police officer in Maan should act as a wake up call to respond to the risk of losing the people’s support. It is important to impose the state sovereignty and punish anyone who threatens this authority. But it is also important to remember that when people become frustrated from feelings of helplessness they lose control and so does the state. It also creates fertile ground for radical ideology to take root.
Jordan’s economy needs reform through a progressive vision that takes into consideration the change in international politics. Jordan should consider a more independent strategy that takes the needs and desires of citizens into account.
Recent incidents and risk indicators should serve as a wake up call to the political leadership to reconsider the concept of national security. It is not limited to technical security and border protection. There needs to be a more progressive strategy with programs that provides citizens what they need and communicates a coherent narrative to develop our economy and communities. Only this will combat radicalization and meet the challenges that we face as a nation and as a people.
Dr.Amer Al Sabaileh
amersabaileh@yahoo.com