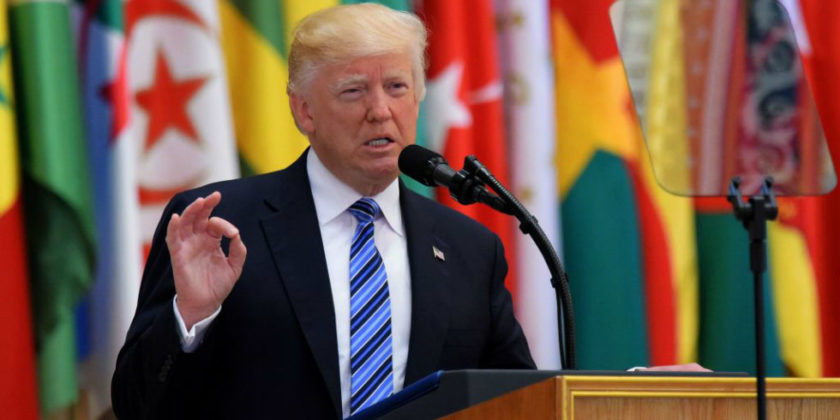 Comments Off on What to expect after Trump’s visit to the Mideast
US President Trump’s first visit to the region could be the start of a new phase of relations between the US and some of the Gulf countries, and it will be very interesting to see which issues they engage on.
The Trump administration appears highly supportive of the Saudi position on dealing with Iran and its allies, such as Hezbollah, a position that is shared by Israel. This agreement could change the nature of the conversation around the Israel-Palestine peace process, and will almost definitely have an impact in Syria. America’s consideration of listing the Muslim Brotherhood as a terrorist group is one to watch as an indicator over the coming months.
Such a repositioning of the US regional alliance will have its impact on Jordan, and we must be prepared for changes to the way we engage and the support we receive, and maintain a strong voice in the region and maintaining stability and security, both physical and economic.
Jordan also faces the challenge of shifting dynamics with the Gulf countries and maintaining engagement on common interests. Jordan did withdraw its Ambassador to Iran as a result of the consultation and escalation against KSA, which the Saudis were supportive of. However, there is no indication that we will see a renewal of the financial support grants established back in 2012.
The Kingdom has shifted its priorities and regional investment is falling down the list, with US engagement now the highest priority, while positioning themselves as the center of political power in the region. They are taking a leading role in shaping the Islamic alliance and positioning a key role in the peace process and regional settlement. The Saudis have also managed to shift US policy to refocus on the Shiite threat from Iran and Hezbollah.
Jordan finds itself at the center of most of these regional issues. From the peace process, resettlement, the Syrian crisis and the potential escalation in terrorism post-Raqqa, which put us in an extremely delicate position. In navigating these issues, we must maintain economic stability and national security, while also receiving less political support from our allies.
Jordan must work well with key stakeholders and be flexible in the role it plays with a laser focus on ensuring Jordanian national security is the top priority. Jordan must also prepare for the internal and external response to the US to listing the Muslim Brotherhood as a terrorist group. We must clearly identify who our allies are, where each actor sits on our key issues and forge a path through the middle to bring as many allies along as we can. This could also involve supporting them on issues important to them.
Jordan’s involvement in the peace process and any resettlement agreements remain imperative. The Israeli vision that expands settlement to more Arab countries could inflame already difficult issues in Jordan. We must be at the center of this process to ensure a good outcome for everyone, including Jordan.
Dr.Amer Al Sabaileh
amersabaileh@yahoo.com

Posted by: Amer Al Sabaileh
View more posts
To protect the northern border with Syria
Injustice may turn an outlaw into a ‘hero’