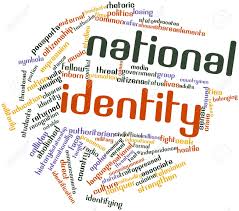 Comments Off on The road to a better future
The importance of building a national identity in Jordan is ever increasing, as waves of sectarianism invade the region.
The 1979 revolution in Iran was the first to adopt the religious title of ‘Islamic revolution’, but we continue to seen the progression of religious influence that began in WWII where modern political Islam began spreading its doctrine and influencing the people of the Middle East, predominately through the Muslim Brotherhood.
Following the Arab loss in Palestine in 1967, Islamist voices criticized secularism blaming it for the humiliating defeat. Jordan was one of the main countries affected by the unification that was also exported to the Gulf countries by the Muslim Brotherhood who had deep links into the education sector across the region.
By the time Sadat took power in Egypt, the Islamization process had already started and has been the major catalyst for the changing cultural identity in the region. Following Sadat’s death, the Iraq-Iran war was promoted as an Arab-Persian war and saw the beginning of the fragmentation of ethnic, religious and sectarian divisions through the propaganda of hate and war.
The growing sectarianism in the region and the increasing conflict and violence should give us pause to consider the alternatives. Constant and increasing psychological division doesn’t just create the risk of greater geographic division, but condemns the region and its people to continuous civil war, with the ongoing threat of increased conflict.
With the current levels of sectarianism, it is difficult to be optimistic about the future of the region. The people of the region are living in chaos and daily bloodshed, but they have the right to live their lives in peace. However, nobody in the region can live in peace while the dominating mentality is based on exclusion, and the constant desire to eliminate the other.
It is difficult to see how we can escape this vicious spiral without a serious national project to restore a national identity based on shared values. The cultural change must be based on pillars that unify rather than divide, so it cannot be based on religious or ethnicity. It should be a progressive secular vision based on diversity and respect for all people. This may be difficult to achieve, but we need to start somewhere and soon if we want our children and the next generations to have a better life.
To be successful it needs a long-term strategy with a clear and transparent vision based on shared outcomes. It will take political determination and persistent pushing and follow up. Above all of that it needs a realistic understanding of the risk that the region is facing given the dominant view of radical groups that do not recognize borders or national identities. Our national identity should be based on values such as respect for a diverse humanity, which cannot be achieved without a systematic plan that unifies our citizens and reestablishes a new culture of shared national identity.
Dr. Amer Al Sabaileh
amersabaileh@yahoo.com