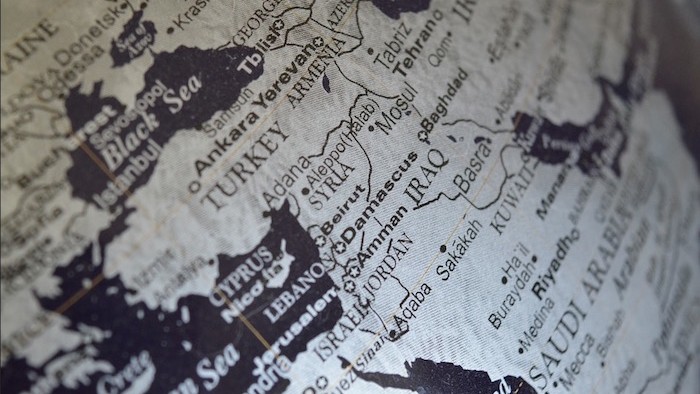 Comments Off on Divisions from psychology to geography
Over the last century, turbulence has been the status quo in the Middle East. This continuous crisis has seen various trends come and go, and the last five years have further highlighted sectarian divisions, both ethnic and religious, within and across borders.
Many believe that sectarian differences also represent psychological divisions amongst people. Given the arbitrary origins of the current borders, perhaps a regional stabilization strategy could involve aligning these psychological divisions with geographical ones.
Some of the sectarian divisions can be traced back to the Iranian revolution in 1979, which was closely followed by the eruption of Persian-Arab conflict with the almost decade long Iran-Iraq war. This period also saw a rise in Wahhabism as Khomeini doctrine fostered division between Shias and Sunnis, Arabs and Persians.
Since then, sectarianism has taken on more complex dimensions, while the Shia-Sunni and Persian-Arab tensions still exist, in some situations those differences have been put aside to further other agendas.
After the fall of Iraq in 2003, a new wave of sectarianism swept through the region. There is a school of thought that Iraq will struggle to maintain its national identity due to the divisions and sectarianism amongst its population. Syria faces many of the same challenges, as does Yemen and likely any other country in the region where internal conflict boils over.
The trend is towards a weakening of national identity while regional groups, ethnicities and sects are the modern component parts of identity in the Middle East. Ethnicity and religious identity being the strongest identifier, weakening social structures and fragmenting countries and nations in the region as we know them.
Much like with the establishment of the current borders, secularism was the only remedy for these trends, however we have seen a systematic anti-secular approach following the II World War. We have seen a marriage of Theocracy and Autocracy spreading, and having a distinctly negative impact on the cultural identity on countries across the region.
In addition, historically, international intervention has been focused on secular countries such as Egypt, Iraq and Syria. The recent coup in Turkey appears to be the leverage President Erdogan needed to shift the last secular system in the region towards a more “theocratic regime” as he eliminates his opposition and weakens the secular military power base, which acted as the counter balance to his Islamic preferences.
These developments are likely to encourage some of Turkey’s minority communities to push for independence. Groups such as the Kurds and the Alawites, who also live in Syria and Iraq already want their own country, and their further marginalization in all of the countries they currently live in has only spurred them on.
The failure to build secular national identities is one of the major reasons that we are seeing such fragmentation, in combination with the growing power and authority the region cedes to religion.
Mark Sykes, the British Foreign Secretary and architect of the modern borders of the region, 100 years ago, noted that the people of the region have a very strong ethnic pride, and building national identifies would be a challenge.
The destination of path we are currently on, with rising ethnic and sectarian division, is likely to be a shift from psychological and cultural division to geographical ones.
Dr. Amer Al Sabaileh

Iran at the top of US Middle Eastern agenda

With the unilateral reapplication of sanctions on Iran last year, the US administration made clear…

Regional impacts of US withdrawal from Syria