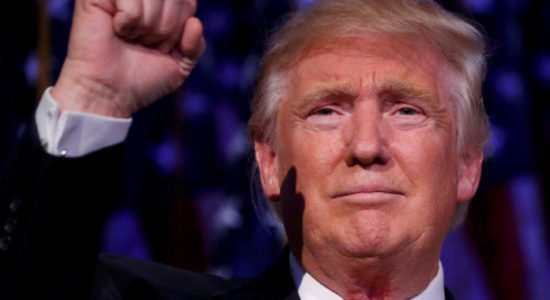 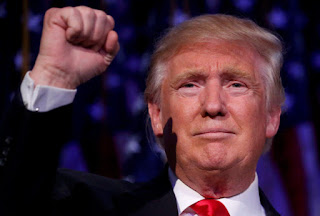 The election of Donald Trump as President of the United States represents the start of a new phase following eight years of the Obama administration.  While Trump’s win has surprised many people, Donald Trump the candidate will be very different to Donald Trump the President. His victory speech was the first indication of this change, and there is more to come.

Prior to his candidacy, Trump was hardly known by the Muslim and Arab world. However, some of his comments during the campaign have lead to his portrayal as an enemy, with suggestions that his first priority as President will be to attack Arabs and Muslims. This perception will be difficult to change, as it was one of the key arguments used against him by his opponent and those in the media who do not support him.
Trump’s management of the issue is not as simple as the media has portrayed, and it has massive political implications for Arab societies. A clear pillar of Trump’s foreign policy is to take the fight to the terrorists, specifically targeting ISIS. For many Arab leaders, especially the American-bloc leaders, a strong clear strategy to fight ISIS would be welcomed as it represents the re-building of relations with US through this anti-terror strategy. Many US allies in the region have struggled to openly support Obama’s strategy and rhetoric and have tried to deal with America under the same assumptions from the early stages of the War on Terror under George W. Bush. A US return to those strategies will be a relief to many regimes in the region.
A Hillary Clinton White House would likely have meant a new set of challenges for many Arab and Muslim countries. According to the Obama doctrine published in the Atlantic, the Arab world’s problems are internal. Their strategy was based on placing blame on the American-bloc countries in the region, especially the Gulf monarchies, particularly Saudi Arabia.
This is despite those monarchies are facing the threat of new and diverse Islamic movements under the Muslim Brotherhood banner, in Egypt and across the Gulf that could lead to a new wave of Arab Spring uprisings targeting the monarchies and sheikhdoms. The arrival of Trump will make an uprising of these groups far more difficult but another Democrat in the White House, according to many observers, would have created a series of challenges based on the strategy of promoting democracy and human rights at all costs.

It is interesting to compare Trump’s stated position on the Gulf countries with the position that Congress has taken in overruling Obama’s veto of Justice Against Sponsors of Terror Act (JASTA). Clearly they are on the same page. The next challenge for Trump will be in relations with countries that support the Muslim Brotherhood.

While Trump may be viewed negatively by the Muslim and Arab public because of some of his comments, his relationship with their leaders is likely to be good as politically, their positions are aligned. Trump is likely to build relations based on cooperation in fighting terrorism and any steps towards weakening the Muslim Brotherhood because of the connections with terrorists, may force the region to return to the old paradigms which will rebuild US-Arab relations.
A Trump White House could also lead to a rapprochement with Russia, which will have a huge impact on US foreign policy and specifically on NATO as the alliance is increasingly concerned with Russian aggression. It may lead to a new wave of political extremism and a growth in extreme right wing groups in Europe. It will also mean concrete changes on the ground in Syria, potentially ending the confusion of policy in the area.

The current dynamics in the Arab world mean that many leaders do not see a Trump Presidency as a negative. The two major threats to the current political system in the region are more serious calls for democracy and human rights, which would directly support the Muslim Brotherhood who are the only organized alternative in many political systems in the region.
These calls were supposed to be part of Clinton’s Agenda, so Trump’s win means that many leaders will avoid some tough challenges. Trump’s primary foreign policy agenda in the region is fighting terrorism, which will enable many countries to restore legitimacy and importance as part of an anti-terrorism alliance.
There are some threats still, especially for Gulf countries, particularly Saudi Arabia. Trump has made comments that indicate the type of relationship he wants to establish with Gulf countries. The US agenda after the passing of JASTA and overruling Obama’s veto is based on the Interest-Based Relational (IBR) approach.
The other interesting factor for the Gulf monarchies is Trump’s position on Iran. While Trump can do little to change the Iran nuclear deal signed by the P5+1, the Gulf countries can take solace in the fact that while he may not be an enemy to Iran, he is certainly not going to be a friend.

The other issue that interests Arabs is the President-elect’s position on Syria.  Trump’s declared statements about improving relations with Russia and taking serious steps against ISIS are steps that would likely help put an end to the crisis there, yet another positive for the Arab world.

The US relationship with Israel will also shape the way Arabs see the President-elect. Trump has publicly supported Netanyahu’s policies on many occasions. Apparently Netanyahu will also be the first leader to be received in the Trump White House. Full adoption of Israeli policies by Trump will negatively impact the perception of common Arabs and Muslims but not necessarily Arab leaders. However, it will impact the peace process and could increase the possibility of regional clashes.
Trump represents a series of contradictions that makes Middle Eastern politics seem more complicated. While the people of the Arab and Muslim world might view Trump negatively, their leaders might actually be quite positive towards him as his policies could have a positive impact for the region by creating common ground for cooperation especially in combatting terrorism.

While Iran would love to have a US President putting real pressure on the Gulf countries, it will not like him trying to revise their nuclear deal. Revising relations with Iran may be a positive for many Arab countries, but they will not be happy to see the US strong-arming Arab countries who would be happier to have an American president who cares more about fighting terrorism than imposing democracy and human rights issues. Syrians would love to have an American president who cares more about eliminating ISIS rather than the positioning on the future of Bashar Al Assad, but they would not like to see another American President who completely backs Israel in a regional settlement process.