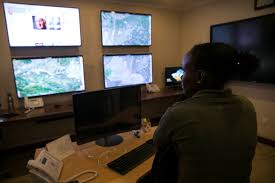 Comments Off on Toward an efficient intelligence coalition
Following the fall of Daesh and the assassination of Al Baghdadi, new challenges are arising. With the physical presence of IS defeated by the international coalition, it is unclear what is needed in order to defeat what is remaining. The use of military forces to achieve this objective is inefficient at best. The risk of latent IS beliefs with no central organization could result in new waves of what appear to be lone wolf or small cell terrorism, following the same primitive methods that IS preferred with stabbings, shootings and using vehicles as weapons. These risks require a global effort of deradicalization based on collaboration and partnerships between intelligence organizations.
The new wave of protests and political instability are creating fertile ground for small terrorist groups to organize, plan and execute small operations with asymmetric attacks. This is not limited to one country or location, although a country like Iraq is likely to suffer more than others given the backbone of IS and its many fighters are on Iraqi soil. These remnants are mobile and will find anywhere to camp where they can establish an income source and access to criminal networks and activities, including kidnapping for ransom.
Across the region, the security services are on high alert, particularly during the feast period. This is a delicate time during a more stable situation, let alone when many potential lone wolf attackers want to give the impression that the terrorist groups are still intact, including their capabilities to operate and attack. A small attack that attracts as much media attention as possible is the strategic sweet spot for these lone wolves, so choosing a time such as the feast period where news will spread makes it even more of a risk.
The risk of exploitation of the political situation by terrorist groups is high in countries like Yemen, Libya, Iraq and Syria. The continuous crises in these countries makes fertile ground to reorganize and rebuild a network, with a ready stream of disenfranchised people to recruit from. The best defence is precaution, solid intelligence work and a capacity to interfere in anticipation to break down the very elements these groups will be attracted to. Some reports are already highlighting the arrests of returning fighters from Syria and Iraq across the region. This kind of activity is the best defence.
True success in the war against terrorism requires wider cooperation amongst intelligence services and more understanding of the nature of the terrorist’s situation in this phase. From their motivations, intentions and behaviors through to how they leverage local criminal networks and disenfranchised youth. It is imperative to monitor the latent risks in order to track and disrupt the growth of small terrorist groups in areas of chaos and instability.
Dr. Amer Al Sabaileh